New theory for understand mystery behind complex phenomena in Plasma

Indian Scientists have recently developed a theory that helps understand the complicated nature of Sun-Earth interaction's happening in the magnetosphere-- an area of space around Earth that is controlled by the Earth’s magnetic field. This new theory has opened up a plethora of opportunities to unlock the mysteries of the ion-hole structures (a localized plasma region where the ion density is lower than the surrounding plasma). They are now working towards a detailed study of the ion hole structures observed in various space and astrophysical environments using the developed theory.

A group consisting of Mr. Harikrishnan, Prof. Amar Kakad, and Prof. Bharati Kakad from the Indian Institute of Geomagnetism (IIG), an autonomous institute under the Department of Science & Technology, Government of India developed a theory that solves every bit of uncertainty regarding the conflict between the observations from Magnetospheric Multiscale (MMS) Mission ---a NASA robotic space mission to study the Earth's magnetosphere and theoretical predictions. They were also supported by Prof. Peter Yoon from the University of Maryland, USA. They have completely ruled out the necessity of the upper limit in the temperature ratio between ions and electrons for the generation of a special kind of wave called Bernstein Green Kruskal (BGK) waves, named after the scientists who predicted this wave. They revealed that the electrons that are not part of ion hole dynamics also play a vital role. This work has also been published in the journal ‘Monthly Notices of the Royal Astronomical Society’.

On November 2, 2017, NASA's latest expedition to unlock Sun-Earth interaction's complicated nature, the MMS spacecraft, observed negative monopolar potential (electric field potentials which can be visualized in the form of single-humped pulse-type structures). The scientific community suddenly recognized its importance, and publications were presented. However, none of the available theories could explain the characteristics of these structures due to the exotic background conditions. The new theory developed by the IIG team provides a better understanding of their characteristics and sheds light on the generation of these structures leading to the unraveling of nature's greatest mystery that causes phenomena ---plasma transport and heating of plasma -- the fourth state of matter after solid, liquid, and gas, which is the most natural and widely observed state of matter in the entire universe.

Figure 1. The observation of a BGK mode by the MagnetosphericMultiscale Spacecraft is shown. The third panel shows the zoomed version of electric shown in the middle panel. The third panel exemplifies the fact that these are mere bipolar electric field pulses. 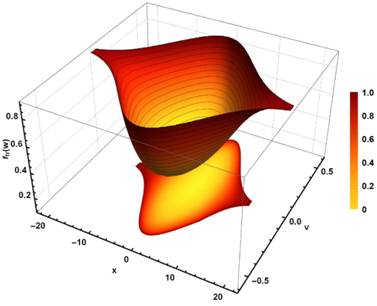